HomenewsBlogGLMCC and Birmingham Mosques Join Call To Save Lives

GLMCC and Birmingham Mosques Join Call To Save Lives 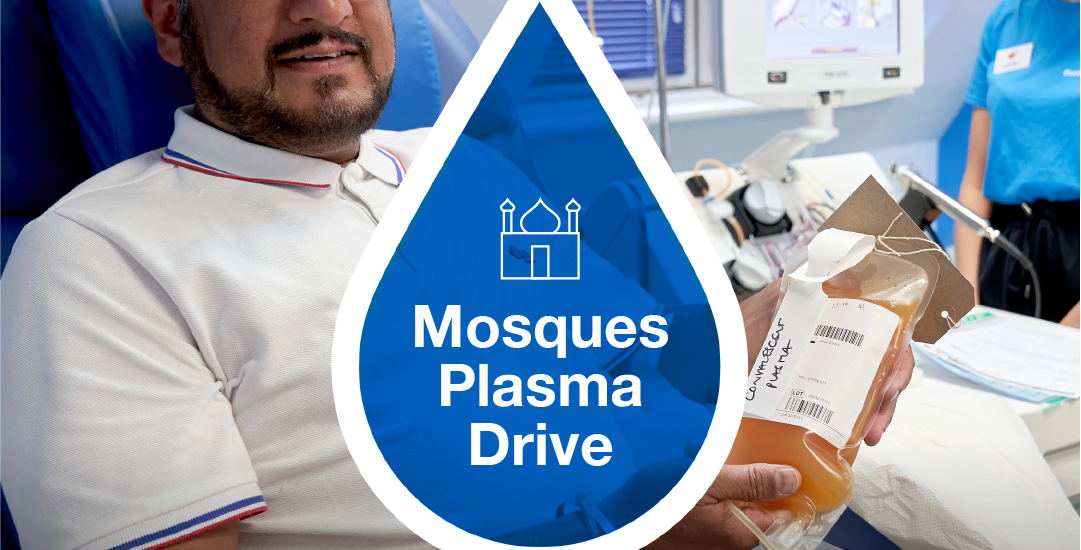 The NHS is currently running the campaign to get people to donate their blood/blood plasma for a clinical trial. The plasma from patients who have recovered from Covid-19 is being used to treat other Covid-19 patients and has shown promising results.

In particular, the NHS are in urgent need of plasma from the Asian community. If you are of Asian heritage and you’ve had Covid-19, your blood plasma is more likely to have high antibody levels which could save the lives of other patients.

In talking about the campaign, Altaf Kazi – Head of Faith and Belief Engagement for NHS Blood and Transplant explained:

“Plasma donation is a way to help those who are in need. By donating plasma, you could help someone to survive from COVID. Plasma donation is safe, clean and easy. It takes about 45 minutes and your body quickly replaces the plasma and the antibodies.” 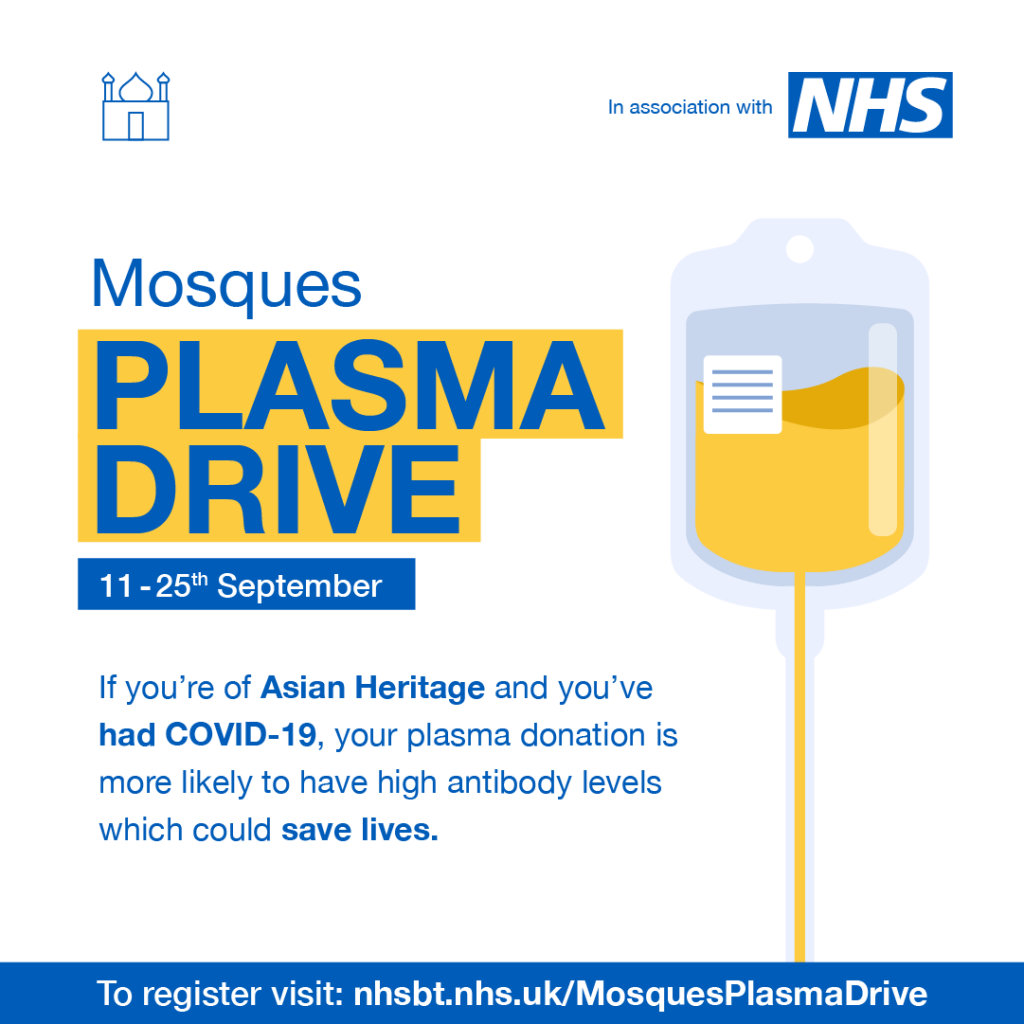 The awareness campaign with the mosques will run from the 11th to 25th September. GLMCC and other participating organisations will be creating awareness by producing videos, making announcements at congregational prayers and sharing social media posts to encourage the community to register and donate (#mosquesplasmadrive).

“This initiative has the potential to save lives, by the will of Allah (God). The Muslim community has been very proactive in their frontline support during this pandemic. We are hopeful that they will step forward again to support this campaign by donating their blood plasma.”

We encourage everyone with the following verse from the Quran:

“If anyone saved a life it would be as if he saved the lives of all mankind.” 5:32