21st Century Beacon Mosques are emerging around the world, providing spiritual, educational, social, economic support everywhere. The Mosque Expo 2019 is the first of its kind in western Europe, bringing together pioneers and innovators in developing the spiritual centres. The day will bring suppliers, designers, developers and people who believe on developing the 21st century beacon mosque concept. 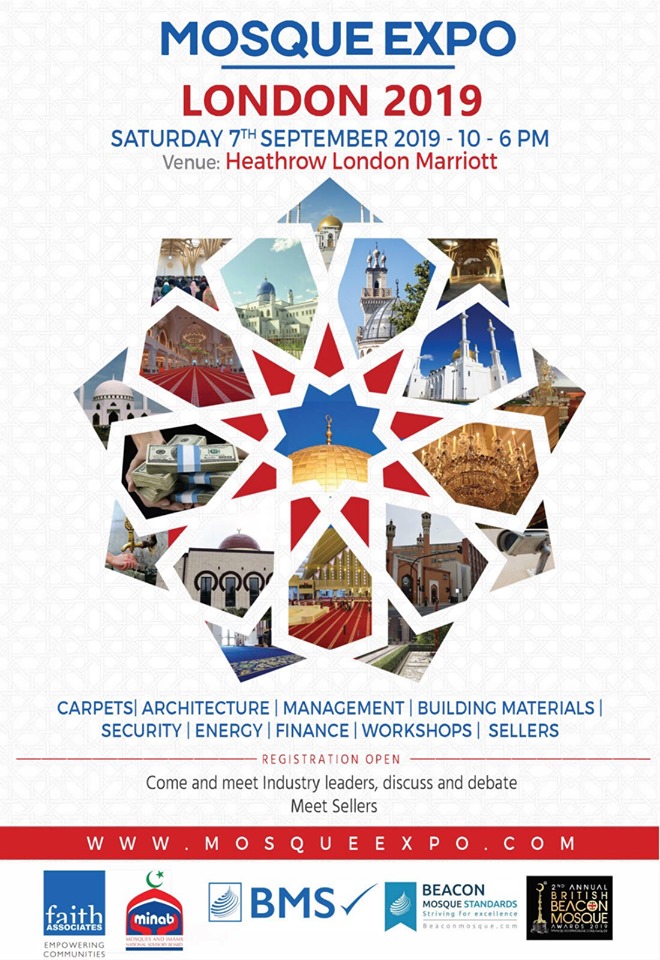