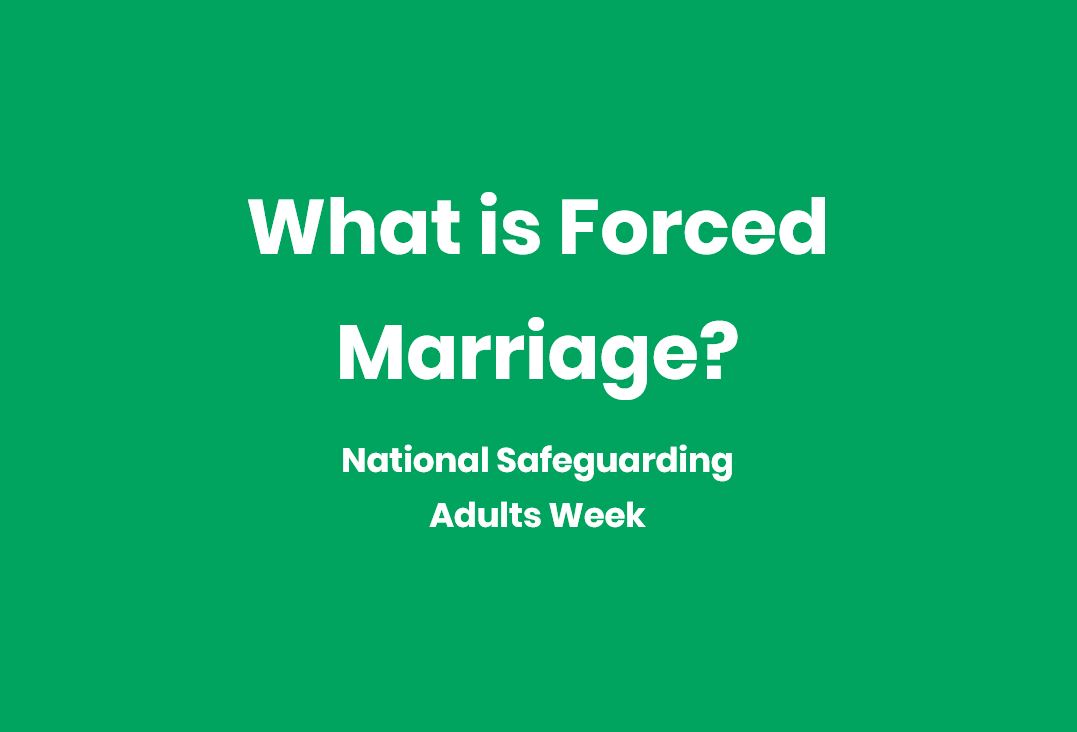 Forced Marriage is defined by the UK Government Forced Marriage Unit as a marriage without the consent of one or both parties and where duress is a factor.

In a forced marriage one or both spouses either do not, or cannot, consent to the marriage.

Forced marriage is regarded as:

Forced marriage of people with learning disabilities often concerns the ability (or capacity) to consent to marriage, as well as the willingness to consent.

Why might someone not be able to consent to marriage?

We make decisions every day, often without realising. However, some people are only able to make some decisions and a small number of people cannot make any decisions. Being unable to make a decision is called ‘lacking capacity’.

Someone can also appear to be supportive of a decision while lacking capacity to make it. For example, someone might say they want to get married and be excited about the wedding but this does not necessarily mean that they are able to make that decision.

To make a decision, we need to:

A decision like getting married involves complex decision making abilities and weighing up the full implications of what marriage entails.

For example, if someone is unable to fully understand what marriage is and what it means then they would be unable to consent to it.

When someone is found to lack capacity to make a particular decision at a particular time, sometimes other people are permitted to make the decision on their behalf as long as it is agreed that it is in their best interest. However, marriage is not one of these decisions.

Marriage is a decision which cannot be made of behalf on a person.

The law is clear that a marriage of anyone who does not have the capacity to consent to marry would be classed as a forced marriage.

Why are people with learning disabilities forced into marriage?

There are lots of different reasons why a family might aim to find a spouse for someone with learning disabilities, including:

It is often the case that they do not see anything wrong with their actions – and that it is the right thing to do or the only option.

Forced marriage in the UK

The majority of cases of forced marriage reported in the UK involve South Asian families. However, it is clear that forced marriage is not a solely South Asian issue – there have been cases involving people from a wide range of backgrounds including Europe, East Asia, the Middle East and Africa.

The difference between forced marriage and arranged marriage

In an arranged marriage, the families of both spouses take a leading role in arranging the marriage but the decision to accept the arrangement or not comes down to the individuals getting married.

In a forced marriage, the families will also usually take a leading role but crucially, the individuals getting married do not or cannot consent to the marriage.

More information can be found here on the Ann Craft Trust