On the 8th September 2018, Faith Associates through its Beacon Mosuqe Project launched the UK’s first Mosque Awards Ceremony at the Hilton Hotel in Paddington which was attended by over 200 Mosque reps from across the UK.

We received over 200 Mosque nominations from the public from across the country demonstrating good initiatives. From these nominations, indepedent judges shortlisted Mosques in each category and selected a winner based on evidence submitted by the Mosques. The panel of judges are below.

The British Beacon Mosque Awards is a first of its kind globally, the Awards ceremony was all about rewarding and celebrating the great achievements of our Mosques in the hope to inspire more great work that will only benefit future generations.

The Awards ceremony was a great success, with Mosques networking with one another throughout the night, sharing best practices and supporting one another in the celebration of excellence. We had 10 awardees who did a brilliant job speaking about each category they were awarding.

Shaukat Warraich, Faith Associates CEO said “Tonight was about recognising and rewarding the institutions going above and beyond in providing services to both their congregations, and the wider community, exercising an inclusive open door policy.

The 2018 British Beacon Mosque Awards were supported by MINAB, its Chairman, Imam Qari Asim praised the BBMAs, stating; “Faith Associates through the Beacon Mosques project has done a fantastic job in giving British Muslims an opportunity to not only recognise and celebrate ‘Beacon Mosques but also to show how important it is to have Mosques which are more engaging, inclusive, vibrant and well organised”.

Kite Mark of Quality for Mosques

The 2018 British Beacon Mosque Awards also saw the official presentation of the first three accredited Mosques in the UK. The foundation of a Beacon Mosque lies on 10 global standards, which when met, form the policy, management and governance infrastructure to ensure sustainable, inclusive and forward looking faith based institutions.
Al Manaar Mosque and Al Madina Mosque are the first recognised 5 Star rated Beacon mosques in the UK. Alongside these two Masjids, Melvana Rumi Mosque was officially awarded 4 Star accreditation rating; rewarding their efforts and recognising them as true beacon institutions. 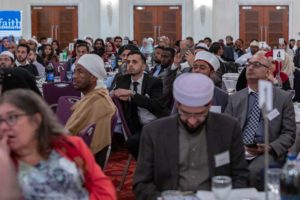 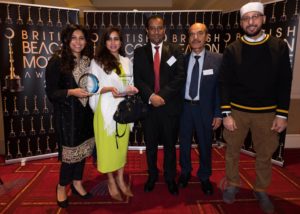 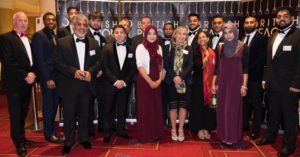 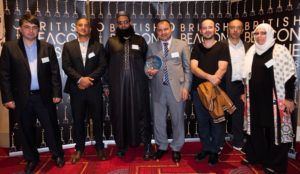 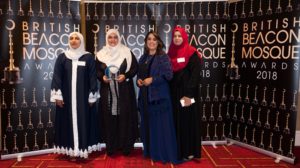 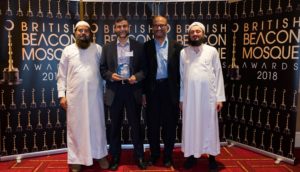 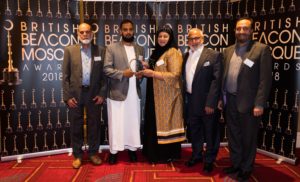 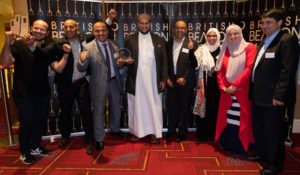 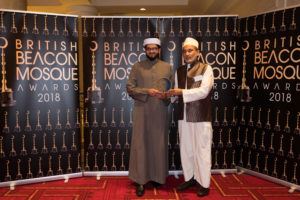 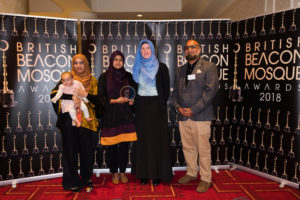 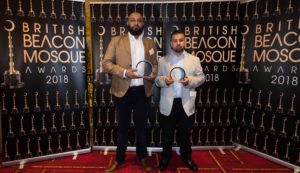 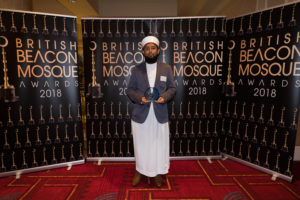 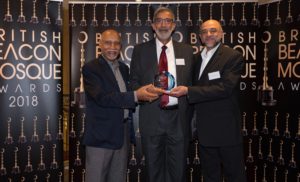 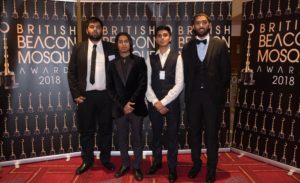 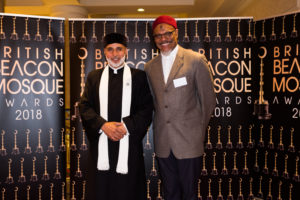 Shaykh Ramzy and Shaykh Haniff at the Beacon Mosque Awards 2018 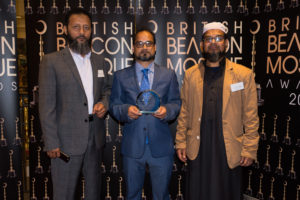 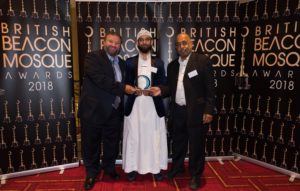 Canterbery Mosque were shortlisted for Most Impactful Imam 2018.