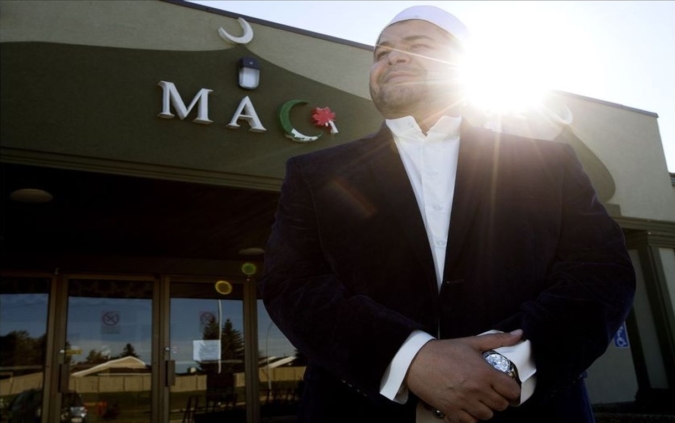 Local mosques are opening their doors in an effort to comfort both Muslims and non-Muslims in the wake of last weekend’s Edmonton attack in Canada.

At least two mosques were holding events in response to the attacks, which injured four pedestrians and Edmonton police Const. Mike Chernyk, who was working at a game-day traffic checkpoint near the Commonwealth Stadium.

Police arrested Abdulahi Hasan Sharif, 30, a Somali national, after officers toppled a U-Haul truck used to strike pedestrians during a chase through downtown

Since the attack, Somali Canadian and Muslim groups say they fear backlash.

Aaron Wannamaker, who is helping organise an event Saturday evening at the MAC Islamic Centre said,

“Some people are afraid, worried about taking their kids to preschools that are at mosques and stuff like that. I know the day after the attack, one person at least … kept their children home from preschool just as a precautionary measure.”

Dr. ElSayed Amin, Imam of Rahma Mosque at the Islamic centre, said the community is trying to convey “a message of inclusion, solidarity, support, togetherness and belonging” at the event, which will include Edmonton police and RCMP representatives.

He pointed to the Muslim community’s long history in Edmonton, home to Canada’s first mosque.

“It’s a message to the law enforcement authorities that we are with you and we are all Canadians standing with each other,”

Yasin Cetin, also with the Islamic centre, said condemning attacks by people who claim to be Muslim or have Muslim-sounding names has become a sadly common part of the community’s outreach work.

“A lot of people off the bat, the first thing they were thinking when they heard about the incident was ‘please, just don’t be Muslim, because with that comes a lot of backlash, a lot more baggage.”