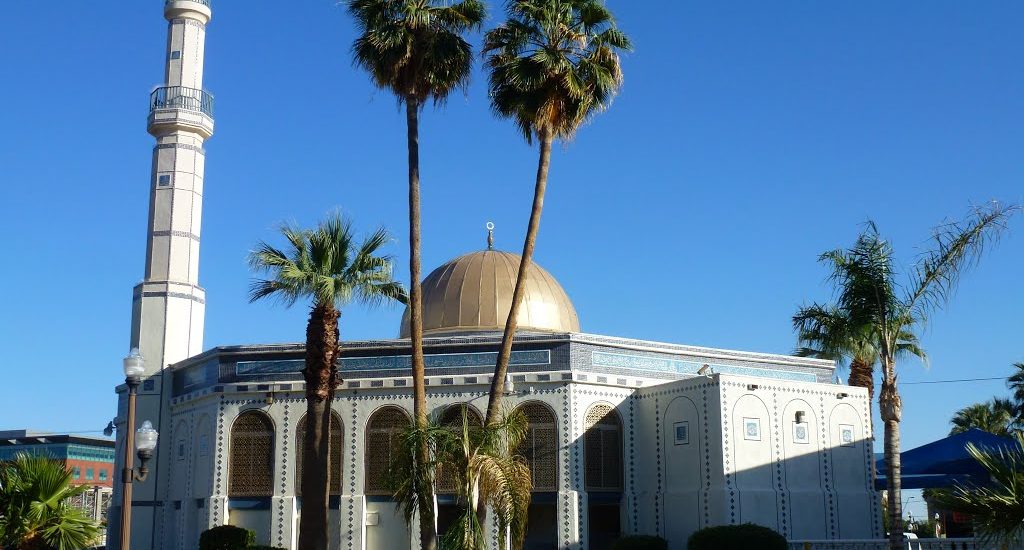 The Islamic Community Centre of Tempe, Arizona held an ‘Open House’ on Friday 25th August and invited the local community to experience the Mosque and learn more about Islam.

Mosque members said that Mosque Open Houses are necessary. Stereotypes and misinformation about the Muslim faith abound in 2017 and the Tempe Islamic Community Center wants to do its part to dispel them.

After eating pizza and watching a short film on Islam, attendees were invited to watch a traditional Muslim prayer. They sat in the back of the mosque and watched as members prayed. Some joined in toward the end, once they figured out the rhythm of the prayer, including when to kneel and when to stand.

This was the first time Josie Sherwood, an ASU student majoring in global studies and member of the Church of Jesus Christ of Latter-day Saints, had ever set foot inside a mosque. She said the only moment that surprised her was when men and women were instructed to enter the mosque through separate entrances.

“I always thought that Muslims were really different from Christians. But there were a lot of similarities and things weren’t as different as I thought they were going to be.”

“Lots of people will change their opinion about you immediately when you talk to them. I think that is essentially the best way and the most effective way because it works on a human level.”

Imam Anas said the Muslim community must be proactive. President Donald Trump infamously proposed a “Muslim ban” during his campaign and since his election, Imam Anas has said tensions are surfacing.

“Those lone voices that in the past were really in the margin, I think it’s becoming mainstream now. It made them more bold.”

The organizers of the event did request the presence of police and the Tempe Police Department obliged because of the fear that something could happen, especially since armed protesters have showed up to mosque events before.