A community led crowdfunding initiative has raised over $100,000 for the Dar al Farooq Islamic Centre in Minnesota that was the target of a bombing on the morning of Sunday 6th August.

The Mosque was victim to a targeted attack after an ‘IED’ detonated as worshippers gathered inside for early morning (fajr) prayers at around 5am local time. Thankfully, no one was injured in the attack but the Imam’s office sustained extensive damage.

Following this vile attack, 2 separate pages have been set up to raise funds to help restore the Islamic Centre. A ‘GoFundMe‘ page has garnered over $83,000 and the crowdfunding site ‘LaunchGood‘ has helped raise over $19,000. 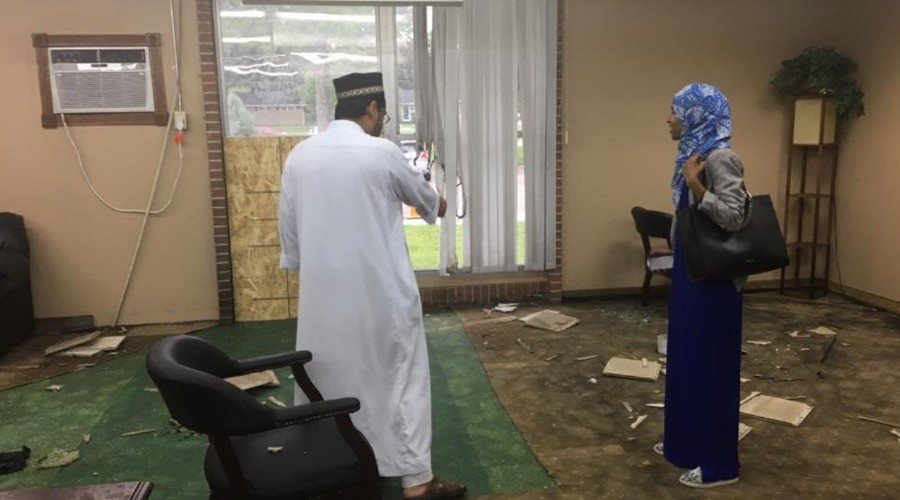 This latest attack on the Dar al Farooq Islamic Centre reiterates the reality of rising Anti-Muslim hate and compounds the fear of Muslim communities in the USA and UK of the vulnerability that exists around faith institutions, places synonymous with spirituality and sanctuary.

As has been noted by CAIR, there has been a 91% increase in Islamophobic abuse since the start of 2017 when compared with the same time frame last year. The most common form of this abuse has come in the form of harassment with physical hate crimes and attacks on buildings second.

Following the attack, the response from both the Muslim and Non-Muslim communities in and around the Islamic Centre has been positive and one of hope.

The Minnesota Governor, Mark Dayton, visited the Islamic Centre in order to express ‘solidarity, sympathy and a determination to catch the perpetrator’. 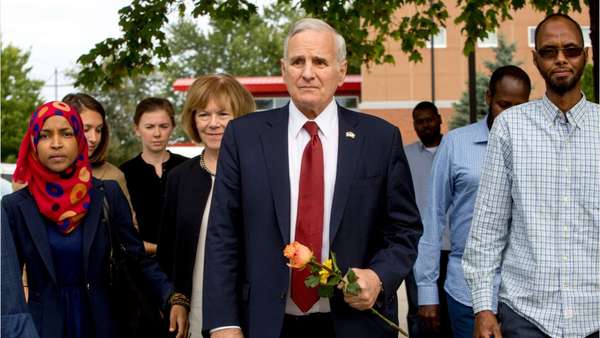 The Islamic Centre itself is encouraging the community to continue visiting it and use its facilities. The Islamic center sits on about 10 acres of land Of the more than 70 mosques in Minnesota, it’s considered by many to be the busiest, and by some estimates the largest. Friday prayers are attended by hundreds of men and women. On the weekends, children pack community rooms to study the Quran. Parents learn how to buy homes or secure business loans. Future imams are also trained inside classrooms.

“This was something that we never imagined. In the heart of Bloomington, that we’d be targeted, in a mosque, endangering many lives. The incident happened, and it left behind some fear in some people, but we’re encouraging our community not to have fear, to be hopeful. Hope always prevails”.

There is no denying that within the context of rising Islamophobia, there exists a vulnerability around Mosques and Islamic Centres and a need for a concerted effort to ensure they are safe, secure and prepared to deal in the event of a crisis.

Our ‘Incident Management Guide for Faith Communities‘ is available to download for free and walks through the key stages of preparing for an incident, making an immediate response, organisation and management of the response and what to do after an incident. It also includes guidance on the importance of communication along with a number of case studies of actual incidents faith leaders have responded to and the key lessons learnt.

For more advice or guidance with regards to Mosque safety and management, contact us on info@faithassociates.co.uk.