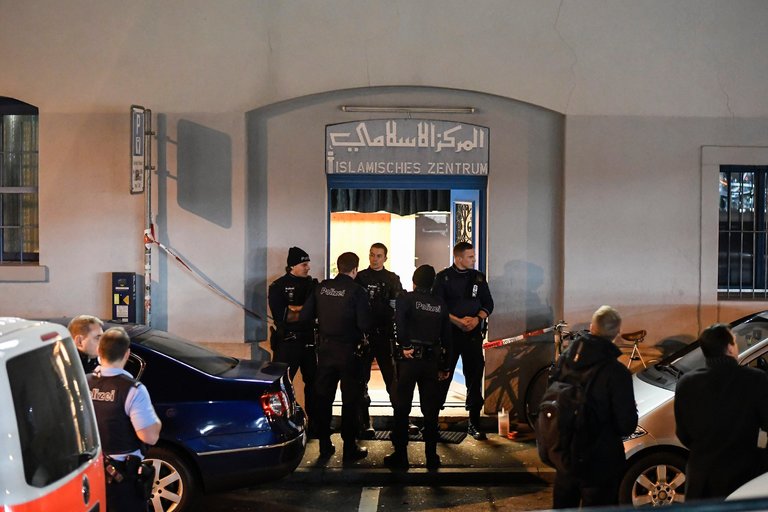 A recent wave of targeted attacks on Mosques in the UK and Europe highlight the increasing vulnerability facing Muslim faith institutions. With Anti-Muslim sentiment and Islamophobia on the increase, Mosques and Islamic Centres serve as ‘legitimate’ targets for potential attackers because of their prominence and frequent use within communities.

The Islamic Educational Trust Cumbernauld in the Scottish city of Glasgow was subject to anti-Islamic graffiti in what the police called an ‘alt right’ inspired attack. The graffiti was seemingly inspired by the Crusades, with the words “Saracen go home” and “Deus Vult”, a rallying cry for Crusader knights meaning ‘God Willing’, spray-painted on the walls of the mosque in Cumbernauld. Officers are treating the incident as a hate crime.

Azhar Din, a trustee of the Islamic Education Trust Cumbernauld, which runs the mosque said,

“We have had a few isolated incidents – we’ve had windows broken and stones thrown – but nothing major. We have isolated incidents which happen when something kicks off in the news but we have more or less been quite fortunate and people have generally been supportive”.

A prayer hall in the Mosque belonging to the Cultural Association of the Moroccans was subjected to an arson attack in the residential town of Chateau Thierry, north of France on Sunday 18th December.

There was damage to the ladies’ part of the Mosque which five different places was set on fire. In the statement made by the authorities, the attackers set the mosque on fire by burning the Qur’ans.

Chateau Thierry Mayor Jacques Krabal stated that the attack was a serious criminal offense which he condemned.

In the Swiss city of Zurich, a gunman stormed the Zurich Islamic Centre and attacked worshipers during prayer, severely injuring three people. The gunman, who was said to have been on the run after committing the attack was found dead according to Swiss police forces.

Onder Gunes, a spokesman for the Federation of Islamic Organisations in Switzerland, said before the shooter’s background became known,

“All Muslims are of course shocked that people praying came under fire. This would be equally shocking if done by a Muslim, Christians, Hindus or any other religious group. We all have to stand together for peace. This cannot be allowed to escalate.”

For the Muslim community of the UK and Europe, these recent attacks reiterate the vulnerability of Islamic institutions. With the exponential rise we are seeing in Anti-Muslim sentiment across the world, notably through  the political rhetoric of far right politicians, the safety and security of Islamic faith institutions is something that needs to be taken very seriously. It is crucial that management staff, trustees and attendees of these institutions remain vigilant and are trained and prepared to deal with crisis incidents.

Faith Associates’ Incident Management Guide for Faith Establishments has been created to specifically help faith institutions mitigate the risk of attack and prepare themselves to deal with an incident should it occur.

The guide can be downloaded for free here.