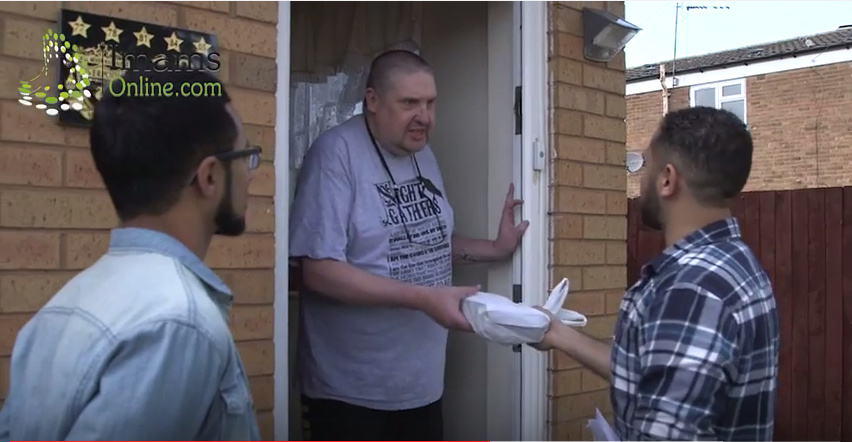 Over the Eid-al-Fitr weekend (19th July), Faith Associates in partnership with Imam Adam Kelwick and the Abdullah Quilliam Society in Liverpool organised and filmed a ‘Mosque Gift’ Eid film as part of the celebrations.

The project, initiated predominately by young Muslim volunteers, provided the Muslim community with an opportunity to engage with their wider non-Muslim neighbours by packaging and delivering small gifts (by hand) to around 100 houses (of predominately non-Muslim residents) around the Mosque. The gifts given were small boxes of chocolate which were both easy to deliver and relatively inexpensive to purchase. The deliveries of the gifts were not to be accompanied with lots of literature nor were the volunteers expected to engage people in long conversations around Islam; its impact was in its simplicity.

The key aim of the project was to revive the Prophetic tradition of neighbourliness. The project aimed to raise awareness amongst both the Muslim and wider non-Muslim community about the rights given to neighbours in Islam and the emphasis placed on Muslims to engage with and share kindness amongst their neighbours and wider community. The project also showed the practical, positive work of Imams from the Imams Online network, beyond their traditional Mosque setting. Through this much needed project, it was hoped that some of the concerns and anxieties non-Muslims may have for the Muslim community could be alleviated and it provided an opportunity to build bridges of communication and partnership between Muslims and the wider community.

To date, the video (uploaded to the Imams Online Facebook page) has yielded over 17,000 views with more than 200 likes and over 130 shares. These stats show a very positive response to the project and Faith Associates is aiming to nationalise the concept and take it to Mosques around the UK to show the non-Muslim community the kindness and generosity of Muslims and to showcase the Mosques as beacon institutions within a community.

Check out the video below: