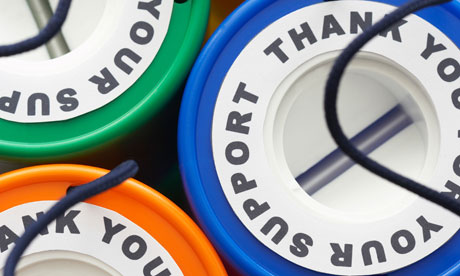 William Shawcross, chair of the Charity Commission, has said that the regulator would be prepared to regulate fundraising if it was concluded that a system of self-regulation cannot work.

In an interview with The Times newspaper, Shawcross said if the government-appointed inquiry into charity fundraising by Sir Stuart Etherington, chief executive of the National Council for Voluntary Organisations, decided that self-regulation of charity fundraising was unworkable, then the government would have to consider whether the Charity Commission should carry out that function.

“That would need legislation and extra resources, but we could do it if we had to,” said Shawcross. “However, I hope that, pushed by the existing public outcry and by Stuart’s inquiry, charities can put their own house in order.”

A commission spokeswoman said that any regulation of fundraising by the commission would be dependent on what Etherington’s inquiry concluded and any subsequent government decision, but the regulator was not currently sufficiently resourced to carry it out.

Shawcross also said the “plethora of stories of people being deluged by mailings and harassed by endless telephone calls on behalf of charities are intolerable”.

He said charities must listen to what people want and, more importantly, what they do not want. He reiterated comments made last year about Islamic extremism being potentially the most dangerous form of abuse of charities.

“The issue of Islamist abuse of Muslim charities is obviously one of great concern to us,” he said. “It’s not the main form of abuse of charities that we deal with — fraud is — but it is the most potentially deadly form of abuse, obviously, and potentially damaging to the charitable sector generally.”

He said that since January 2011 about 200 British charities had been set up that described Syria as their operational area, and it would be a “matter of huge concern if money collected off the street was being diverted to terrorist-related causes…I’m sure money has been diverted and it’s up to us, the police and others to stop it. It’s not easy.”

The commission has announced four ongoing statutory inquiries into charities operating in Syria, the spokeswoman said.

Shawcross added in the interview: “We are not targeting Muslim charities unfairly or disproportionately in any way whatsoever, nor should we, nor would we. We look at all allegations of abuse in charities, whether they are Muslim, Hindu, Christian, Jewish, Buddhist or whatever.”

Shawcross also said that the animal charity the RSPCA had not been “run as well as it should have been in the last few years…The RSPCA sometimes seems to have lost sight of its original purposes to promote kindness and to prevent cruelty to animals” he said. “I think kindness is a quality vital to all charitable work.”