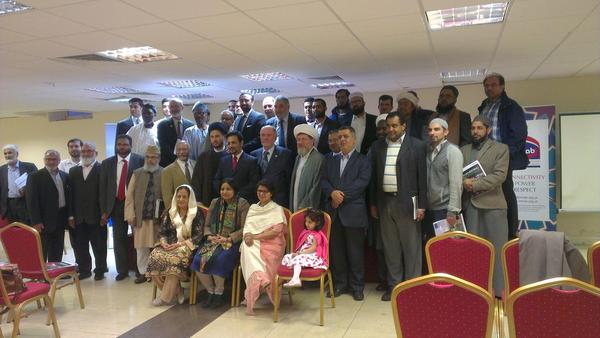 On Sunday 14th June, Muslim leaders from across the theological spectrum gathered together for a Memorial Dinner in remembrance of the Srebrenican genocide that took place 20 years ago. This memorial dinner was jointly hosted by Faith Associates and Remember Srebrenica at the Central Mosque of Brent.

event was held to help raise awareness amongst Muslim leaders & communities across the UK about this atrocity.

There was many important topics raised during the event, especially regarding the process that led to the genocide & the lessons we can learn to prevent such events from reoccurring.

Dr Waqar Azmi, founder of ‘Remembering Srebrencia’ provided an insight into the treatment of Muslims leading up the genocide & was vocal in his concerns of the same type of treatment occurring today.

Looking towards the future, there was an emphasis on the role Imams and Islamic institutions have to play in educating the community.

“There is an urgent need that Muslim children and communities need to reflect on Srebrencia. Every Mosque should be reflecting and educating the people on the issue” said Bakhtyar Pirzada.

This feeling was also shared by Shahid Raza, “It is important the Imams and Mosques join hands together and contribute to the peace in society and the world”.

As the 20th anniversary falls during the month of Ramadan, there is a call for Mosques to hold  ‘Remember Srebrenica Iftars’.

These iftars will help spread the message and awareness of Srebrenica to young communities to ensure that the atrocity that took place is never forgotten.

If your Mosque is interested in hosting a ‘Remember Srebrenica Iftar’, the Mosque Iftar team can facilitate this. Please visit www.mosqueiftar.com for more information on how to hold these events.