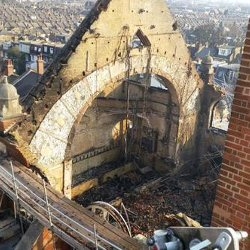 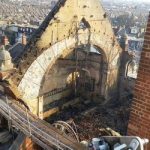 A fundraising page for Battersea Arts Centre has raised more than £50,000 since the charity’s building was partly destroyed by a fire on Friday evening.

The National Funding Scheme, a donation platform for arts and heritage organisations, set up a fundraising page after a fire destroyed one-third of BAC’s property including the charity’s offices, equipment and Grand Hall theatre. So far 1,720 people have donated a total of £51,490. It has also received hundreds of emails of support.

David Jubb, artistic director and chief executive, said: “The way people have responded to this event is quite extraordinary.”

He added: “The incredible generosity of people, donating to the National Funding Scheme’s campaign, means we have a fighting fund to deal with the significant change we face over the coming weeks, months and year.”

He thanked the emergency services who had saved the front half of the building, and on Saturday night the charity was able to open to the public and put on two shows.

A capital project that is due to be completed in 2016 was unaffected by the fire. Jubb said: “This is a huge relief and means that the investment in that phase of the project is safe, good to know if you have donated to that project.”

Nobody was hurt in the fire and the cause is still being investigated.