HomenewsBlogGeorge Osborne Urged To Make Tax Changes To Save The Charity Sector Millions.

George Osborne Urged To Make Tax Changes To Save The Charity Sector Millions. 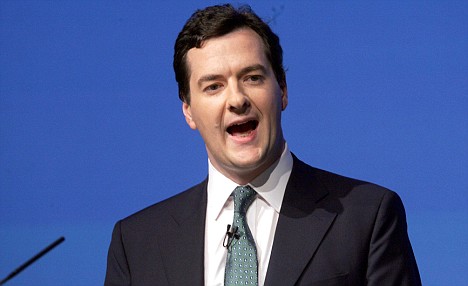 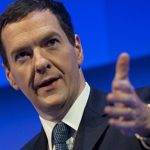 The leaders of six charity umbrella bodies have called on the government to make changes to the tax system that could save the voluntary sector hundreds of millions of pounds.

In a joint letter to George Osborne, the Chancellor of the Exchequer, sent before he makes his Budget statement on 18 March, the heads of six organisations, including the National Council For Voluntary Organisations, the Institute of Fundraising and the Charity Finance Group, call on the government to take a number of steps. These include investing in a campaign to improve public understanding of Gift Aid, helping small charities to build up their fundraising capacity and starting discussions on a sector-wide rebate to reduce the level of irrecoverable VAT, which the organisations estimate could cost the sector up to £1.5bn a year.

The letter also calls for an early review of the Gift Aid Small Donations Scheme because, it says, it has been too complicated for some small charities, leading to a lack of take-up.

The letter says that the organisations have welcomed recent moves by the government to make the Gift Aid declaration form simpler for donors, but Gift Aid was not being claimed on hundreds of millions of pounds of donations.

“Research by HM Revenue & Customs indicates that improving public education and understanding is critical to improving the situation, and this cannot be achieved by changes to the Gift Aid Declaration alone,” the letter says. “We believe that the government should consider supporting a sector-led public awareness campaign on Gift Aid, to revitalise its image and provide training for ‘trusted messengers’ such as charity volunteers.”

The letter also calls for a review of corporate Gift Aid, which would examine whether charities should be able to claim the tax relief rather than companies.

“We believe that this could increase the value of the donations from companies to good causes and should be considered as a way to improve the effectiveness of the relief,” the letter says.

It says that the demands for charities’ services have been increasing, while income, particularly from government, is being squeezed.

“This makes having an effective system of tax reliefs for charities even more important,” it says. “By removing tax barriers for charities, the government could free up hundreds of millions of pounds that could be directed towards charitable objectives – helping people at home and around the world.”

“These are important causes and we welcomed these measures,” it says. “But this only scratches the surface of irrecoverable VAT, which is a massive burden on charities.

“Estimates vary, but the cost of irrecoverable VAT could be up to £1.5bn a year – money that is being spent by charities to deliver public benefit.”