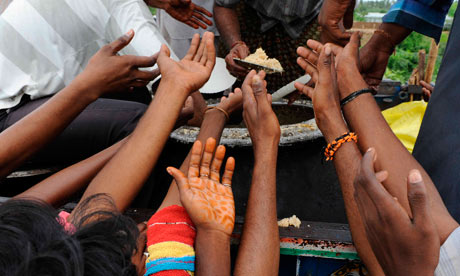 The charity sector has welcomed the call by a cross-party committee of parliamentarians for government to address the difficulties posed by current terrorism legislation on charities delivering overseas aid.

Having taken oral and written evidence on the draft Protection of Charities Bill, the cross-party committee of MPs and peers yesterday published its report giving broad approval, subject to certain caveats, to legislation that would give the commission various new or expanded powers.

The report also addresses various issues outside of the scope of the legislation raised in that evidence, including oral evidence from the Muslim Charities Forum, the international development membership body Bond and the Independent Reviewer of Terrorism Legislation on the difficulties charities faced working in difficult region overseas.

The report says there are two main difficulties in this area. The first is that the law does not give aid charities confidence in how much interaction they can have with proscribed terrorist group without falling foul of the legislation, especially if that group operates as a so-called “gatekeeper” without whose consent a charity cannot access a certain area. The second is that banks are taking “a risk-averse approach” to charities they thought might fall foul of such rules, making it difficult to finance aid operations.

These problems “appear to present a real risk of a ‘chilling effect’ on UK NGOs’ activities at a time when their efforts are possibly more critical than ever”, the report says, and the committee goes on to “call on the government to consider the position of these NGOs in the context of terrorism law”.

Lord Hope of Craighead, the crossbench peer who chaired the bill committee, said he was aware this issue was beyond the scope of the bill, but said: “This is something that goes right across the whole business of the legislation on terrorism, but we’re trying to open the door, as it were, to some kind of consideration as to whether or not this should be addressed.”

“Our members have to negotiate with gatekeepers in places such as Syria and Somalia to alleviate suffering, but we cannot do this with our hands tied behind our backs,” he said.