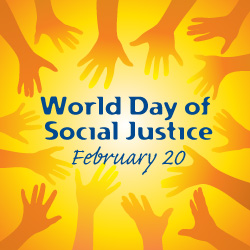 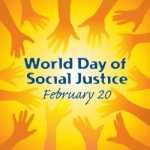 “In this crucial year for global development, as Member States work to craft a post-2015 agenda and a new set of sustainable development goals, let us do our utmost to eradicate all forms of human exploitation. Let us strive to build a world of social justice where all people can live and work in freedom, dignity and equality.” ( Secretary General – Ban Ki Moon )

Today marks the World Day of Social Justice, observed annually on the 20 February to promote efforts to tackle issues such as poverty, exclusion and unemployment.

Since 2009, the United Nations General Assembly has observed the date as a day to pursue social development and justice by removing barriers of gender, age, race, ethnicity, religion, culture or disability.

The theme for 2015 is ending human trafficking and forced labour.

“This year’s commemoration focuses on the scourge of human trafficking and the plight of approximately 21 million women, men and children in various forms of modern slavery,” Ban Ki-moon said.

Ana Arendar, Inequality Policy Advisor at Oxfam in London and Oxford, says governments should focus on how to tackle extreme inequality in order to reduce poverty and enhance global development.