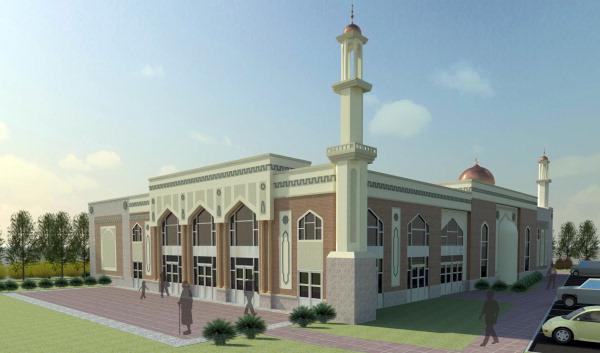 WEST WINDSOR — After almost two decades of holding prayer and gatherings in various meeting places throughout the area, the Institute of Islamic Studies is building a new mosque.

The new mosque, which will be a two-story building, with each floor consisting of 15,000 square feet, will be built at 2030 Old Trenton Road in West Windsor, which is just behind the institute’s current location.”We decided to build the mosque as we saw a growing need for the last 19 years,” Sajid Syed, director of communications for the institute, said. “As West Windsor grew and more families moved to the area, we realized we needed to have bigger space to accommodate the congregation.”

The mosque will benefit the Muslim community as it will allow members a place to worship, reflect and celebrate their high holidays, according to Mr. Syed.

The new mosque will also be beneficial to the larger community, according to Mr. Syed.

Besides providing daily prayer services regularly and Friday congregational prayers, the institute will offer weekend school for children; Friday evening educational programs for adults; basketball programs for youths and adults; Club IIS, which will foster an environment for youth to meet; Young Muslims, which is a youth group that features lectures, debates and trips; yoga and gym classes; Muslim intellectual leaders from across the U.S. speaking on various topics; Arabic and Quran classes; and interfaith programs in addition to the annual “Thanksgiving Interfaith Program,” which is now an 8-year-old tradition at the institute and community health programs.

“Overall, the project is estimated to cost $7 million dollars, of which we spent approximately half that in acquisition of the land and site work,” Mr. Syed said. “Yes, we are still raising money and all money is being contributed by the local Muslims voluntarily.”

He said the institute would like to express its gratitude to those who have donated their time and money to the project.