The risks of charity work in dangerous zones abroad 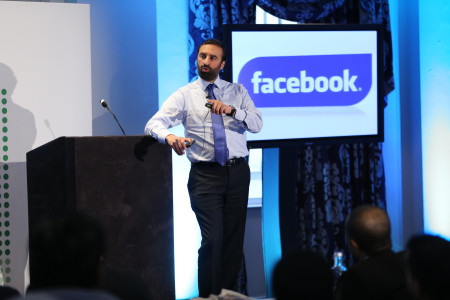 In January this year, there were two international incidents in which charity workers were kidnapped. Five employees of Medecins Sans Frontieres were kidnapped in Syria, and more than 50 local workers for the landmine clearance charity the Halo Trust were captured in Afghanistan.

The charities remain guarded about the situation, so it is hard to ascertain how big this issue is. “One or two cases always hit the media each year, but others don’t – and that’s a good thing,” says Jenny Carter-Vaughan, managing director of the Expert Insurance Group, which offers kidnap protection through its KR Expert brand. Kidnappers often want publicity, she says, which is denied if the story is kept out of the press.

Carter-Vaughan says the risk of kidnap is increasing because more people are travelling to dangerous places, where ever more locals are aware of their potential value as hostages. But she declines to say how many such situations she has come across this year, or whether the number of incidents has increased in recent years, because, she says, she prefers not to be alarmist.

Insurance products, which can be taken out by charities or individuals, start at about £500. Carter-Vaughan says her company takes a responsible attitude towards an individual’s plans and how advisable they really are. “But when someone’s got their heart set on a particular bit of work, they’re going to do that whatever,” she says. “In a way, we as an industry can dissuade people from going to dangerous places only by setting very high premiums.”

When such incidents occur, the priority is to get people out of their kidnappers’ hands quickly, Carter-Vaughan says. “If the kidnappers are local bandits, they have two options: get money off the employer or sell the hostages up the chain to someone else,” she says. “But more politically motivated groups are more interested in the publicity than the money.”

Deciding whether or not to pay up can be tough. If you do, word gets out that your charity is a profitable target. If you don’t pay, it goes without saying that there might be terrible consequences. Carter-Vaughan says that charities might be less likely to pay ransoms for locals, because word will get around faster about who the good targets are, and also because a released hostage remains at risk if they stay in that country rather than going home to another.

Even those charities without recent experience of kidnapping are reluctant to discuss the kidnap protocols they might have in place. Details of their ransom policies and insurance are cards they keep particularly close to their chests.

As Carter-Vaughan says, however, ransom payments are only a small part of the package – an important aspect is coverage of medical attention that might be needed after a kidnapping is resolved, including long-term psychological support. Some people find that they are unable to return to work or to normal life. Practical advice and emergency protocols also feature.

Nathanael Jarrett, security adviser at the British Red Cross, says that planning to avoid kidnappings in the first place is important, and acceptance by local populations is the key to staying safe. “If we are not accepted by the communities in which we work, then we have lost our purpose,” he says.

Jarrett says all British Red Cross staff going into the field complete online security training courses tailored to their destinations and do in-house practical personal security training. “We also work in conjunction with other organisations, including a healthcare provider, an emergency medical provider and several international security risk companies, which augment our own security analysis,” he says.

Tim Beacon, founder of the community interest company Medical Aid International, has visited more than 20 countries, supporting medical projects. He says his experience is that the work of medical professionals is less likely to be objectionable to local extremists or violent groups, so they are generally intimidated less often than other NGO or aid workers.

But Beacon says the most important things are being streetwise and keeping an ear to the ground. “You try to pick up a vibe,” he says.

“I tend to ignore the Foreign Office website – you need to know how to ask questions yourself.”

He says that the term ‘risk assessment’, and the paperwork it involves, can distract from the reality and give people an unmerited sense of security. “It’s like ticking a box to say ‘yes, I’ll wear a seatbelt’ – it’s another thing to actually wear it,” he says. “Risk assessment involves common sense – not just ticking a form.”

February 2013: Six charity workers were kidnapped in Pakistan. This was reported, but the charity’s name was withheld to protect the captives

April 2012: In Pakistan, a British Red Cross worker, Ken Dale, was killed; no ransom was paid. The International Committee of the Red Cross downsized its presence in the country. There were two other ICRC kidnap crises that year

May 2012: Two MedAid medical workers were kidnapped in Afghanistan

October 2010: Two Save the Children staff were held for six days in Somalia

June 2010: An Oxfam worker was kidnapped in Chad