HomenewsBlogDena Merriam, Founder and leader of The Global Peace Initiative of Women to receive the Niwano Peace Prize

Dena Merriam, Founder and leader of The Global Peace Initiative of Women to receive the Niwano Peace Prize 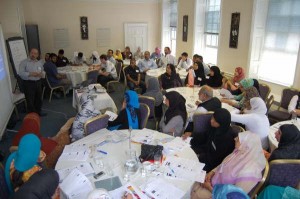 The Niwano Peace Foundation will award the 31st Niwano Peace Prize to Ms. Dena Merriam, founder and leader of the Global Peace Initiative of Women, in recognition of her contributions to humankind in the search for wisdom and for a more just and sustainable world.

An award presentation ceremony will take place in Tokyo on May 16. In addition to an award certificate, Ms. Merriam will receive a medal and 20 million yen.

A trailblazer in the interfaith movement since the late 1990s when she served as vice chair of the Millennium World Peace Summit of Religious and Spiritual leaders held at the United Nations in New York, Ms. Merriam founded the Global Peace Initiative of Women (GPIW) in 2002 to bring together a multi-faith group of women spiritual leaders. The GPIW has fostered dialogues in Israel/Palestine, Iraq, Sudan, Afghanistan and other countries while developing a global leadership program for young community leaders in partnership with the United Nations.

In selecting Ms. Merriam as a recipient for 2014, the Peace Prize Committee said she is “a global leader in bringing together the voices and energy of women who are inspired by their faith so that they truly form the nucleus of an unprecedented global movement.” Ms. Merriam “works tirelessly to ensure that the insights of eastern and western religions come together in a wise balance,” the Committee said.

The Niwano Peace Prize was established in 1983 to honor and encourage individuals and organizations that have contributed significantly to inter-religious understanding and cooperation, thereby furthering the cause of world peace. To avoid undue emphasis on any particular religion or region, nominations are solicited from some 600 people and organizations, representing 125 countries. The prize is named in honor of the founder and first president of the lay Buddhist organization Rissho Kosei-kai, Nikkyo Niwano.

The Niwano Peace Foundation was chartered in 1978 to contribute to the realization of world peace and the enhancement of a culture of peace. The foundation promotes research and other activities based on a religious spirit, and serves the cause of peace in such fields as education, science, religion and philosophy.


leader Interfaith
How can we help you?